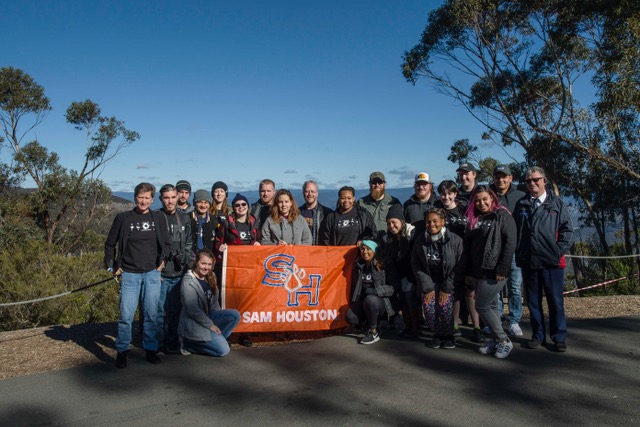 The summer session of 2017 provided 18 SHSU students the chance to take two astronomy courses, presented by SHSU Physics Department faculty members Dr. Scott Miller and Dr. C. Renee James together, in Australia and Wyoming. The students left the U.S. on July 20, 2017, arriving in Sydney, Australia, on July 22, and immediately journeyed by train to Katoomba, New South Wales, Australia. (Editor's note: SHSU Online colleague Katie McGuire traveled to Australia with Sam Beard and the faculty and students. Katie's Australia experience is covered in another article in this issue of SHSU Online Newsletter). 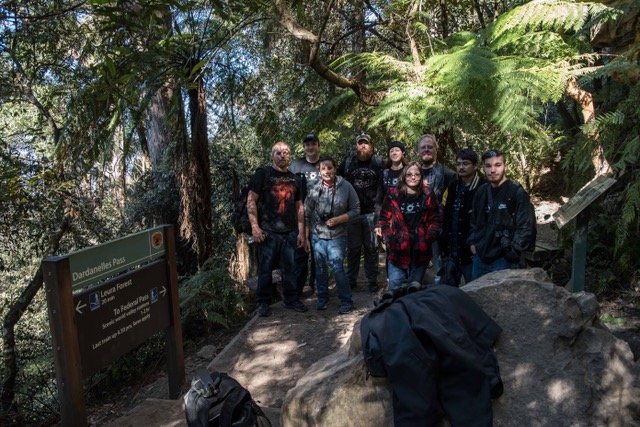 Some of the experiences in Australia included a visit to Parkes, where they toured a 64-meter (210-feet) radio telescope, visited the Commonwealth Scientific and Industrial Research Organization (CSIRO) for guest lectures by Robert Hollow on work conducted by CSIRO, Dr. John O’Sullivan (one of the people responsible for the invention of a major part of WiFi), and Dr. Ron Ekers (former president of the International Astronomical Union and affectionately termed as the man who "killed" Pluto as a planet). Other guest lectures were presented by Richard McDermid, on black holes, and Dr. George Hobbes on gravitational waves, including the results of brand new, cutting-edge information just obtained by his team.

After returning to the U.S. on August 6 and spending about 10 days recovering, the students then went to Casper, Wyoming, for more guest lectures and to see the total solar eclipse on August 21. This was the first time in almost 100 years an eclipse was seen coast to coast in the U.S. 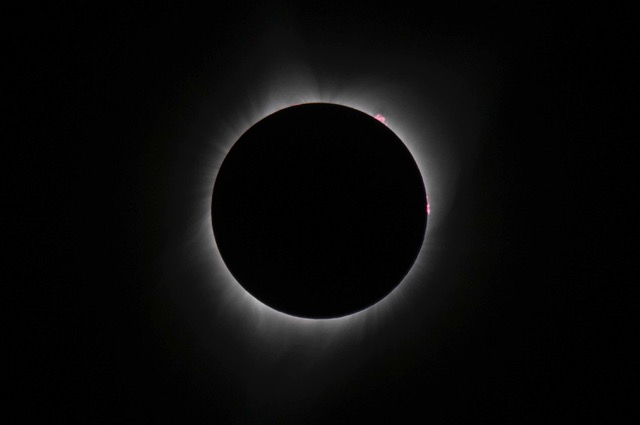 The total solar eclipse was the REAL star of the show, and it did not disappoint! The event was spectacular, with the sky going dark, the temperature dropping, and the spectacle of the Moon almost totally blocking the Sun from the sky for over two minutes. My role throughout the trip was to document the various activities, and that included the eclipse itself. I had cameras set up to document the reactions of the students and to capture the eclipse itself. The students were thrilled to see it firsthand, and Casper's location was in the zone of full totality, with clear skies throughout the eclipse.

And since AstroCon, an astronomy conference, was also held during that week in Casper, the students got yet MORE guest lectures by people like Dr. Tim Slater on the stars of Harry Potter, Dr. Stephanie Slater on how the Pacific Islanders used stars to navigate the ocean, Dr. Martin Ratcliffe on comparing eclipses seen over India a century apart, and Dr. Stacey Palen on stellar evolution and planetary nebulae.

During both trips, the students paired up to write guest blogs for the Astronomy magazine website. See an example at the website. For other entries, see blog stories including "BLaST Class" in the title at the blog listing page.